Submit your own question about Diversity & Inclusion here and get notified about future new posts here!

I’m a female founder with male co-founders. I was surprised when one of them made a comment that I probably wouldn’t want to remain an executive of the company after I have a baby. Therefore, he said, my role at the startup was not certain or stable. I was disturbed by what he said, but maybe I am overreacting. What are the limits for gender-related comments among co-founders? Should I say something?

I’m sorry to hear this. This sounds like it was a pretty hurtful comment, especially coming from a cofounder. Comments like this from partners can really sting because we want our people to be on our side.

When we feel vulnerable, our instinct is to throw up walls, either by pretending something’s not bothering us, or by citing some “objective” rule about what’s allowed or not – all to avoid facing our true feelings. But the problem here isn’t really about “the limits for gender related comments among co-founders,” is it? If you were hurt by the comment, that’s all the justification you need to be upset. Your emotions don’t need to be backed by some “official” rules to be valid.

Your question reminds me, a few years ago, when I was exiting a conference room with another female colleague, and a male coworker made a passing comment, “good meeting, girls?” The seemingly innocuous comment kicked my brain into overdrive: “what did he mean by ‘girls’? Is that how I’m being perceived in this office?”

As a young-looking Asian woman, I’ve long felt insecure about not being taken seriously in professional settings, even though I was on the leadership team of the company at the time. I also worried about whether I was just overreacting to his comment. Instead of spiraling into anxiety, I decided to give the male colleague some feedback. I pulled him aside to let him know, that while I didn’t think he had meant any harm by it, his comment had made me feel uncomfortable and that I prefer not to be addressed as a “girl” in the office.

Luckily, he immediately apologized and said that he’d more mindful in the future. I felt much better, but even if it hadn’t gone well, it still would have been ok — because I could still be proud of myself for speaking up. Later, I shared with the rest of my team a quick anonymized recap of what happened, to show that it was ok to have these kinds of conversations.

So Lone Female Founder, this could be an opportunity for you and your co-founder to have a meaningful dialogue. This is harder to do when there’s no formal process or higher authority to appeal to. I’m assuming there’s no trusted HR team or advisor/investor to guide you. But you don’t need anyone’s help, if you can tap into your own inner strength and embrace your own vulnerability.

First, give yourself time and space to process your feelings. You feel disturbed for a reason — try to engage with it. Your feelings may have ranged from hurt, sad, or even angry, a complicated, but powerful emotion which has long been discouraged in women to express in a healthy way.

Get curious about the story in your head. Maybe you’ve been feeling anxious about not being good enough of a cofounder and his comments triggered that. Or maybe you already don’t feel valued as a member of the team. There’s no right or wrong answer, just how you feel, which is worth exploring meaningfully.

Then, find the words to share what’s going on with your cofounder. Often, in conversations about D&I, we jump to self-righteousness or criticism to avoid being vulnerable. But it’s usually much more effective to start with something like: "hey, when you said X, it made me feel Y.” There are communication frameworks (see Resources at the end of this post) that can help you create the space and invite your cofounder in. 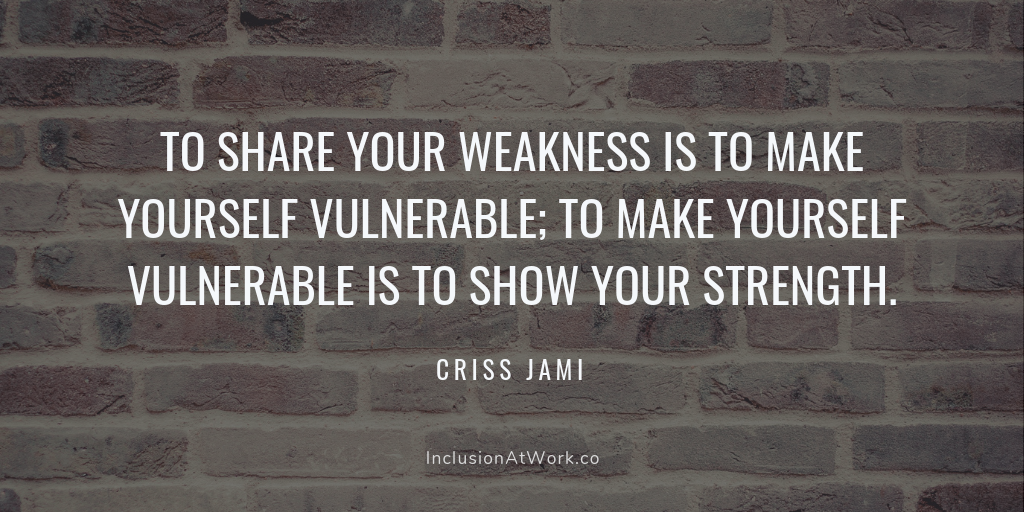 In the best-case scenario, he apologizes and it leads to a meaningful conversation about your vision for building this company together. But of course, there’s also a chance that it doesn’t go well. Maybe you’ll get dismissed. Maybe you’ll be told that you’re too sensitive, too demanding, or somehow both at the same time, which happens too often for women leaders.

Sometimes, when people are confronted with direct feedback, they need time to retreat before they can come back and say they were in the wrong. So you might need to be a little patient, which is ok too. At the end of the day, we can’t control the actions of others. As long as you know you’re doing the best you can, that’s all you can really do.

And if the conversation really doesn't go well, you may even end up questioning whether this partnership is actually right for you. You deserve to be surrounded by people who are looking out for your best interests. That would certainly be tough to work through, but it'd allow you to find partnerships that serve you better in the long-run.

Hungry for more stories about Diversity & Inclusion?
Subscribe to get actionable, relatable advice that helps you become a better leader 📈💪🚀


Lastly, Lone Female Founder, I want to acknowledge that it does suck that you have to do this. This is exactly the type of stuff that makes things hard for underrepresented groups – the everyday paper cuts, microaggressions, deciding which battles to fight, and all the energy that gets spent – that can wear you down and keep you from solving other problems.

But maybe there’s a silver lining too: This is emotionally brave work, and very much part of growing leadership skills. Imagine the same comment was said to a future employee of yours. It would raise a concern. So, paying attention to our feelings and embracing tough conversations is not being “weak” — it’s a leader’s responsibility.

So while right now, it might seem unfair that you are burdened with this additional mental and emotional work, it is actually developing these skills – practicing vulnerability and open communication – that makes you more resilient as a leader in the long run. I know both the decision to speak up and preparing for the conversation are more work than spelled out here, so please reach out if you want more help.

Thanks to my editor Bukky Adebayo, for encouraging me to embrace my own vulenerability 💛
Images from Tim Mossholder (Pexels) and Sharon McCutcheon (Unsplash) 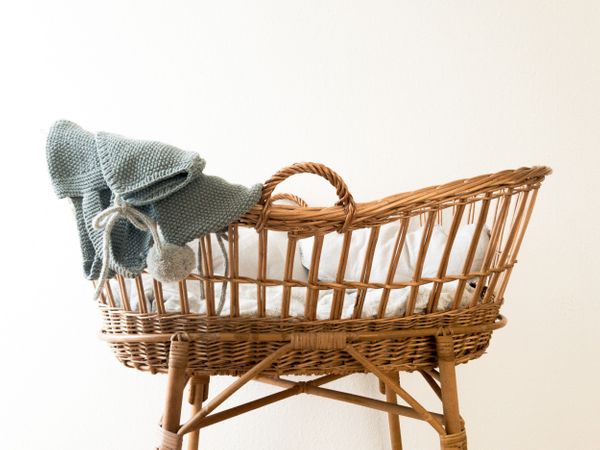 "As the first pregnant woman at my startup, is it my job to create HR policies?"