[Editor's Note:] We’re excited to welcome a new guest contributor this week, Lauren Jackman, Director of Global Inclusion and Diversity at Medallia. As usual, submit your own question about D&I here and subscribe to weekly posts here!

I work at an internationally-distributed startup of 200 people, headquartered in the US. During this past Halloween, an employee came to work dressed in a Native American costume. Considering this is generally considered culturally insensitive, this was pretty disappointing, but the fallout was actually worse.

As HR, I was tasked with having a 1:1 discussion with the employee, but it didn’t go well. When I told him the costume was inappropriate he became upset and complained that “this PC [politically-correct] stuff is going too far.” I don’t agree, but had a hard time explaining why. Any advice for handling similar situations in the future?

Incidents like this are all too common, even if we don’t hear about them outside of a company’s walls. So, I want you to know that you are not alone in feeling a bit daunted. It may not seem like it, but a large part of D&I is precisely situations like these – navigating conflict and dealing with hurt feelings. It’s good to keep in mind how difficult these conversations can be.

The truth is, we’ve all been the “guy with the culturally insensitive costume,” at least metaphorically. And we’ve all been corrected by others. We know what it feels like when someone delivers the feedback kindly – which is uncomfortable but bearable – or when the other person is being morally superior – which usually feels awful.

For example, when I was teaching in grad school, I casually used the phrase “off the reservation,” which I grew up hearing as a way to describe someone acting independently. After class, a student told me that this phrase can be disrespectful to Native Americans. I was absolutely mortified – I’d never stopped to consider this connection between this phrase to the history of Native Americans, who were forcibly kept on reservations under the threat of violence or death. Furthermore, I was embarrassed about what others thought of me, and started worrying about the times I’d used that phrase in the past and who I might have inadvertently offended.

Although the student who gave me a heads up did it kindly, I still found it difficult to process it, because of all the emotions that were triggered. Feedback about D&I is difficult because most of us want to be seen as good people. When we’re told about our harmful words or behavior, it's easy to interpret that as an indictment of our character.

So Reluctant PC Police, it sounds like this particular employee wasn’t in a place where he could hear the feedback. Put that together with an internationally-distributed team, with close-proximity co-workers from different backgrounds and cultural contexts – and you have a recipe for frustration, where people feel like they’re being judged negatively by a set of rules they’re not aware of.

The key is not to get sucked into a debate about whether something is “technically” offensive or not. There is rarely an objectively “correct” answer. Instead, anchor your discussion on the fact that a team gets to decide what it values as a community, and what behaviors are aligned with that.

This way, it’s not about shaming or punishing anyone (‘how can you be so ignorant?’), but communicating the group’s standards, (“In this company, we don’t make jokes at the expense of others.”)

Like you, Reluctant PC Police, I’ve often had to deliver difficult feedback about non-inclusive language or behavior. So I understand how tempting it can be to launch into a critique and point out mistakes. But doing so usually only makes the other person defensive. Instead, I’ve since learned that it’s best to take a deep breath, and focus on finding alignment and shared values. Because my job is to take care of my community, and this person is part of it too.


For future difficult conversations, I encourage you to work with the person, to identify what they feel like they’re being asked to give up or change, and why that’s important. Then, re-frame the conversation around ways to create more fairness and inclusion, while preserving that value.

For example, someone being asked to stop making a certain kind of joke might feel like they’re being forced to give up an important means of connecting with their colleagues. You can acknowledge that humor is important and appreciate their desire to build relationships. Then, deliver the direct, specific feedback about how it might make other members of the community feel. Remember that most people do want to be inclusive. You could brainstorm together different ways to bring humor into the office – This shows that you really want to help the person, not just correct them. Instead of policing language or behavior, co-create the space for a collaborative conversation.

And if you’re ever on the receiving end of tough feedback – and chances are, you will – here’s a useful framework that I’ve borrowed from workplace rights advocate Nora Rohman, called AARM.: 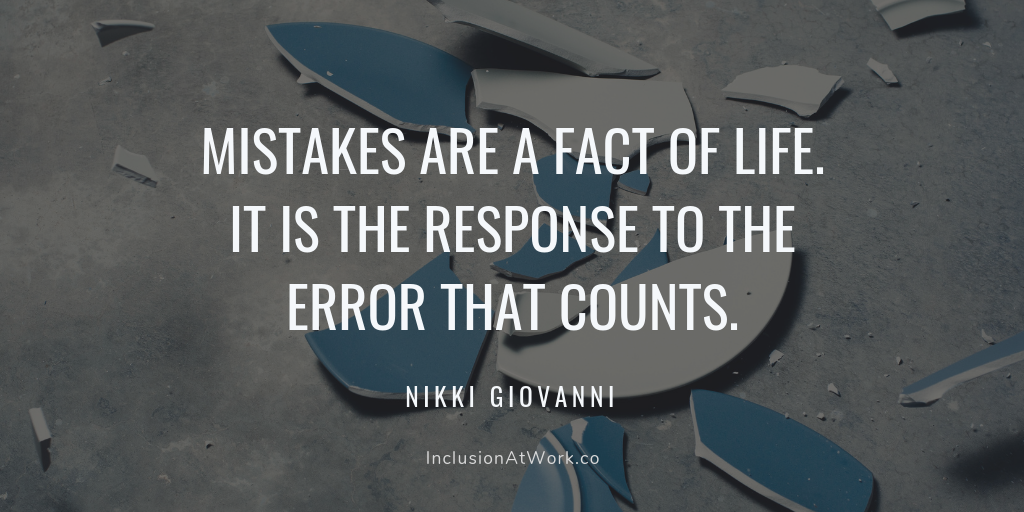 Reluctant PC Police, mistakes aren’t the end of the world – they don’t ruin things. In fact, they can be good learning moments.

Work with people in dealing with inevitable missteps, to make it clear that perfection isn’t expected. Rather, when the expectation is that everyone cares enough to try to improve, we value each other that much more as colleagues.

Inclusion work is hard. But this is culture work in action – holding each other accountable for our missteps. Practicing this muscle is difficult, but if you keep at it, I promise you’ll see your efforts paying off – especially when your team starts coming to you proactively to find values-aligned solutions. I wish you the best of luck!

Thanks to Jennifer Kim and Bukky Adebayo for making this post infinitely better with their sharp edits and thoughtful perspectives.

Images by Caleb Woods and chuttersnap via Unsplash

Get the latest posts delivered right to your inbox 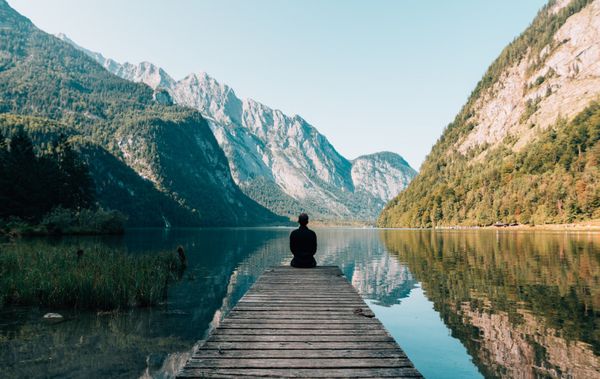 "How are we supposed to recruit/market diversity… if we’re not very diverse?"

Bring data to the table and supercharge your D&I efforts!

Stay up to date! Get all the latest & greatest posts delivered straight to your inbox