I’m starting to see a pattern at work where promotions are being given based on relationships. Recently, 2 white men were promoted to roles that I didn’t even know were available because they weren’t posted.

My company is a small, hyper-growth tech startup that is dominated by mostly white men. How can I appropriately voice my concerns without creating bad blood with my colleagues or management?

That sounds like an incredibly frustrating situation. We want to believe that promotions – and workplaces in general – are fair. But the truth is, processes around promotions, compensation, etc. are inherently subjective because they involve people. And unfortunately, subjectivity tends to disadvantage people from marginalized backgrounds – some people really do have to be twice as good for the same rewards. And this just plain sucks.

So first, in case you are feeling discouraged, I want to tell you that these recent promotions do not reflect your work or your competency. They may simply indicate a flawed process. It’s easy to internalize these kind of situations and think that not getting promoted means you’re not worthy. And that’s just not true.

As a black woman, I’ve been in similar situations with previous startups. At one company, I consistently received excellent performance reviews as a product manager. The products I owned were some of the most successful in the company. Yet, I was paid an under-market salary, so one year in, I worked up the courage to ask for a raise, and was rather surprised when my manager said no.

Things actually got worse from there. I was retaliated against for asking, and the manager worked with HR to retroactively change my job responsibilities. Out of the blue, I was told that I had not met my manager’s expectations, and my previous excellent performance reviews were negated. I was devastated, it felt as though my year of hard work hadn’t mattered.

Soon after that, I started becoming aware of a pattern of promotion/raise discrepancies at this company. I learned that most of my male coworkers had received raises when they asked, but my female coworkers were significantly underpaid or consistently denied raises. One amazing female PM had not received a single raise in a 3-year tenure. Another female coworker – a woman of color – her salary was literally half of her male counterpart’s. She did eventually ask for and received a raise. But instead of acknowledging that raise as a remedy for the inequity, her manager added more responsibilities to make up for the “additional” salary.

Once it became clear the issues were systematic, I, like you, wanted to raise my concerns. I approached my manager’s manager for advice on how to handle the situation. Instead of listening to my concerns, he dismissed them, sharing that my manager had complained that I was “too aggressive.” Soon after, I got a vaguely threatening email asking me to “change my attitude” or risk getting fired.

I didn’t know what to do. In that moment, I realized I didn’t have enough credibility to escalate issues and have my voice heard by people with more power. Moreover, I didn’t know how to learn it in that environment, where I didn’t feel like I was ultimately set up for professional success. So, I left that company soon after.

Lost Brown Girl, I share this story with you because I think the lesson I learned then is relevant now: Workplace dynamics and processes are often deeply unfair and problematic, but to fix them – without creating bad blood – you need to build social capital. This is especially the case in startups.

Think of social capital as a bank account, where the currency is the shared norms and relationships you have with your coworkers and management. You make deposits and withdrawals all day, big and small, but unlike your typical bank account, you don’t know your exact social capital balance.

But it does become obvious when you overdraw on your social capital bank account. In the conversation with my manager’s manager, I dipped below my balance and was charged an overdraft fee when he became annoyed with me.

That’s why you should think about your social capital first, before jumping into any conversations – because in the worst case scenario, your concern could be used against you. Yes, I’m asking you to hold off on raising an issue around fairness. Because there are real inequities when it comes to workplace power dynamics – and sometimes, women of color like you and me need different advice than what we would tell cisgender white men.

But once you take stock of your social capital on the team, I would start by identifying a manager (doesn’t have to be your own) who you can trust. Rather than asking “why did these 2 guys get promoted?” instead ask, “what does it take to get promoted in this company?” Chances are, they may have not thought deeply about this question – most startups don’t until someone asks. In small companies where everyone knows each other, promotions/compensation are decided informally. And that might work for awhile when things seem transparent. But if your company is growing at all, that system will break, if it hasn’t already. So best case scenario, you spark an important conversation that ends up helping everyone.

But too often, the person who raises the issue gets problematized when leaders don’t want to deal with the problem. It’s unfair, but there’s a chance you may be perceived as “just complaining because you didn’t get a promotion.” But as Nikki Giovanni said, “Once you know who you are, you don’t have to worry any more.” So spend time thinking about why you want to have this conversation. If you truly want to help leadership see the problems with these current system, state your intention in these conversation. But if despite all that, they still decide to make you the problem, well, that’s more information for you.

Upon further introspection, you may realize that what you really want IS to get promoted, and that you’re not as interested helping fix your company’s process. And that’s a valid choice too. It’s just that in an unfair system, there’s no way to guarantee to get what you deserve. Either way, you’ll have to spend some social capital, an already-precious resource.

Hungry for more stories about Diversity & Inclusion?
Subscribe and be on your way to becoming a better leader 💪📈🚀


Lost Brown Girl, this advice is hard for me to give, because parts of your situation are just plain shitty. And I want to acknowledge the reality of our world, instead of offering meaningless platitudes like “Just lean in!” or “Stand up for what you want!” There are real systemic inequalities that exist beyond the promotions at your company, and brushing those aside would be a disservice your question.

Some people can get rewarded and advance through subjective, opaque processes, but those people don’t usually look like you and me. This is one of the reasons underrepresented people in tech have long been denied of opportunities they deserve. I used to think these types of processes were a direct evaluation of my worth in the tech industry. But I promise you that they are not. It’s something I want you (and also myself) to remember – even if a company doesn’t see it yet, you are valued. 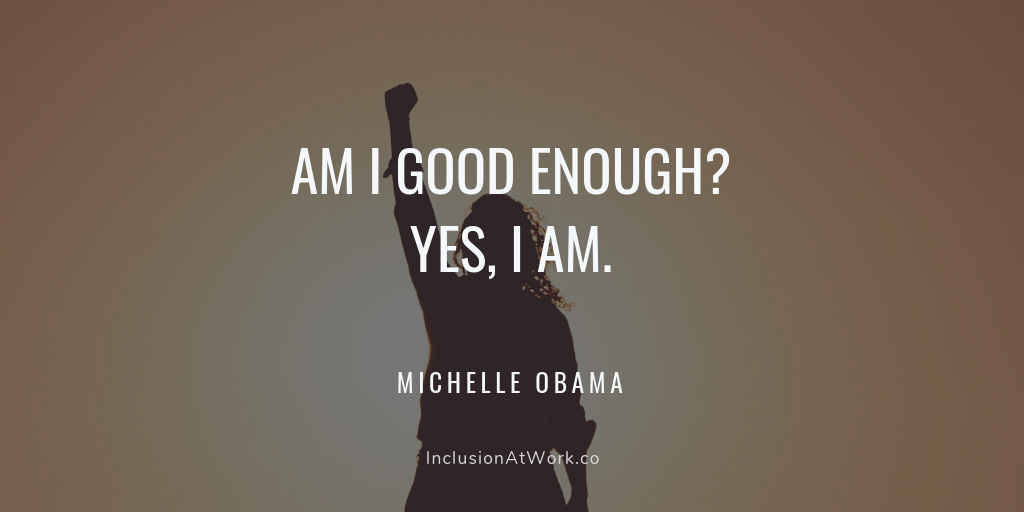