My startup is 4 people, and we're all straight, white men. I worry that we are / have already crossed some point-of-no-return where it'll be near impossible to build a diverse team. The whole team cares about this and agrees that we need to make sure the first 10 employees are more diverse than we currently are. For us, this is the right thing to do, and it'll also be critical to our success, since our company and values should reflect our audience.

What do you think? Can we still build a diverse and inclusive company from this kind of start?

-White Men, But Hopefully Not Forever

Thanks for honestly articulating what I know to be a common concern. I can totally understand that even if the desire is there, the idea of working towards diversity can be daunting, especially for straight, white men.

It can be surprising and intimidating for anyone to realize how little they’ve been exposed to issues that don’t directly impact their lives – those faced by women, people of color, queer/non-binary folks, people with disabilities, etc. and also the intersections of these factors. How could any of us, let alone white men, possibly feel knowledgeable enough to solve big, complex challenges relating to diversity? So before we get into specifics, let’s get anchored on what D&I is really about:

The point of all this, is to build a great company.

Diversity is a means to an end. Having half of your team be women/non-binary doesn’t automatically make you a great business. You know what does? A fast-learning, creative problem-solving team that trusts each other and works effectively to solve your users’ problems.

Therefore, we should think of D&I as the foundation of building a great company, rather than an activity independent of everything else – like closing sales deals, supporting customers, and hiring strong managers. It’s one more thing you have to get good at.

So back to your question.

I'm not sure a point-of-no-return exists for D&I. It does get harder for larger teams because of the accumulation of diversity debt. If your engineering team of 30 is entirely white and male, fewer people would be willing to come in as the first woman, first Black engineer, etc. But if we’re talking 5? Honestly, that’s not too bad.

I promise there’s no secret threshold that you’ve already failed at. When it comes to D&I, we all start from where we are.

As a first step, no matter your size, I’d suggest engaging in some introspection about how your team came to be the way it is today. Take an honest look, and try to guess at your shortcomings as well as strengths as a team. For example, if your founding team all came from Google, your recruiting will be biased towards bringing on more Googlers. But in doing that, you’ll be inadvertently inheriting the biases of Google’s hiring process. You have to fight that urge!

If you can genuinely engage in the introspection, then it will show later in your interactions with underrepresented minority (URM) candidates. If your founding team can show self-awareness and can own your strengths and weaknesses, it’d be harder to hold the lack of diversity problem against you. If URMs see signs of progress, no matter the starting point, they might be more willing to take a chance.

Hungry for more stories about Diversity & Inclusion?
Subscribe 📩 to get actionable, relatable advice that helps you become a better leader 📈💪🚀


Secondly, start now to get good at hiring – or at least, better than the average!

Recruiting with D&I in mind is just great recruiting, period. This means you need to understand and face the realities of the competitive talent market. Invest in building a recruiting process and treat it like a product that you own and iterate on. Train your team and design systems to counteract against biases, so you can get better at evaluating and recognizing underrepresented, underestimated talent. (I've open-sourced a ton of material around this in the past!) With that, you’ll be on your way to hiring the best team, which will also happen to be far more diverse.

Talented people from underrepresented backgrounds aren’t alien creatures who have radically different needs. They want to work with competent, respectful colleagues to solve hard problems together, just like anyone else. It's just that collectively, historic and institutional biases have held back certain groups in unfair ways. Many have also been burned, and all that means, yes, recruiting them might be harder for you. But far from impossible. 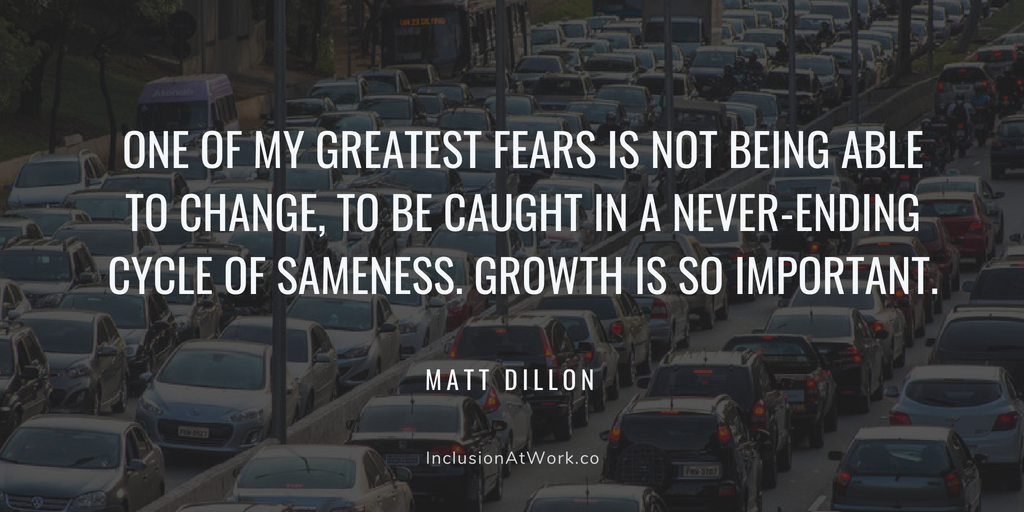 I appreciate the question and that your company is thinking about this. Changing the status quo of diversity is slowwwww, but it takes one team at a time.

But if you commit to constant improving your processes and reflecting/learning from your mistakes, I don’t see why building the team you want would be out of your reach – even for 4 straight white men. Keep talking, keep learning.

Further reading:
How to Signal That Your Company Cares About Diversity

Do you know an early-stage founding team that's composed of the members of the majority group? If they care about diversity, send them this post!