My team is looking for D&I inspiration. Specifically, we want to try initiatives that focus on inclusion for existing employees, as opposed to attracting a more diverse population of potential candidates. Can you give an example of a successful inclusion initiative?

–Hoping For A Strike of Inspiration

I really appreciate the phrasing of your question – the focus on culture/engagement (“inclusion”), not just the hiring (“diversity”). Inclusion comes first, then Diversity.

Invest in making your company a great place to work for a wide range of people, then talented folks from underrepresented backgrounds can come TO you. It makes recruiting a lot easier, sustainable, and dare I say, more fun.

My favorite inclusion activities for startups are facilitated conversations, the type that you wouldn’t expect in the workplace. The type that allows emotional vulnerability and builds bonds of trust, so the team is equipped to tackle bigger challenges together as it grows. This is in contrast to lecture-like trainings that might make you more technically knowledgeable about inequity. It might be educational, but without getting to our squishy emotional insides, won’t necessarily lead to any individual or group behavior change. 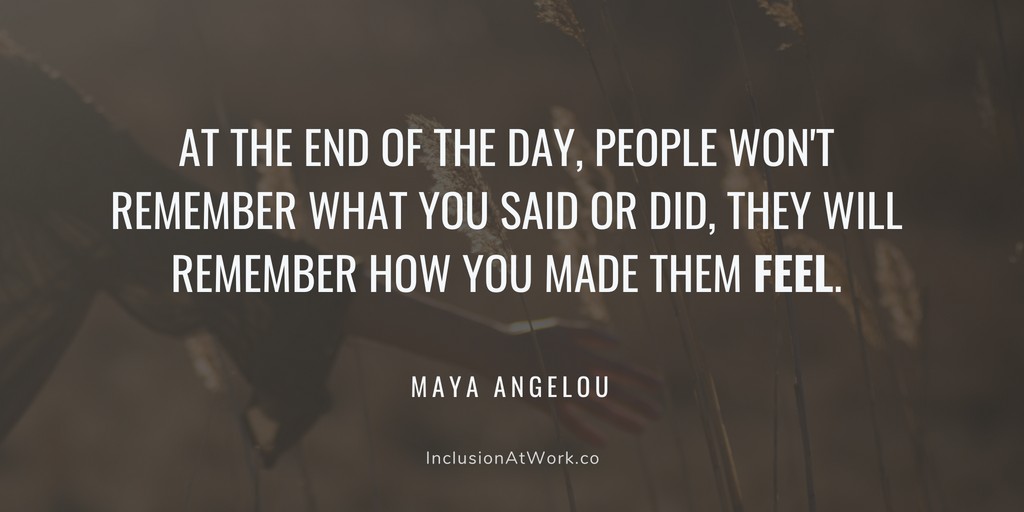 For an example of a foundational initiative, I’ll go in-depth about one.

In 2015, a Lever colleague, Denzil Bernard approached me about wanting to contribute to our monthly D&I seminars. We brainstormed ways to combine 2 important aspects of Denzil’s identity – being a music connoisseur, and a Black man in America.

What we came up with is “Soundtrack to a Life.” We invited the broader team to contribute a song that’s meaningful to them and hosted a listening party. Each contributor gave a few sentences explaining their choice. Each song was an invitation to step into that person’s life experience. People laughed, people cried, and saw their coworkers in a whole new light.

Empathy is a core tenet of D&I. We leveraged the power of music to design a unique experience. With a session like this, you can’t help but feel awed by the many layers within your coworkers, the obstacles they had to overcome just to occupy the desk next to yours. You can’t help but be reminded of your own privileges, and while it may be hard to measure, the feeling of trust and community grows.

After all, if we can’t even talk about where we come from and our own inner layers, how in the world could we take on far more difficult conversations around privilege, the patriarchy, race, and broader systemic oppression?

Soundtrack to a Life became a reoccuring session at Lever. One of my favorite things about it, beyond generating some seriously cool playlists, is its accessibility. Denzil and I joked a lot of folks "accidentally" attended their first D&I session, as there was no explicit mention of D&I in the internal marketing.

The truth is, inclusion initiatives aren’t just for the “minorities,” where we all gather in a room and complaintalk about what it’s like to be a minority. It’s also about increasing emotional safety in the workplace for all, for the betterment of the entire team.

Also worth noting: another factor that made this so successful was because of Denzil himself. Passion is contagious, and the best D&I initiatives are rooted in that kind of authenticity. If you’re inspired by Soundtrack, by all means, please feel free to borrow! But I’d also encourage you to look for existing passions on your team and brainstorm brand new sessions: is there a key employee who’s really passionate about art? Volunteering? Podcasting? Backpacking? What would that look like with a D&I angle? There are truly infinite possibilities.

I recently advised a quantum computing startup with their own version of Soundtrack. The organizer was initially incredibly nervous because the session doesn’t have an Obvious Lesson or Concrete Takeaway. But as her colleagues opened up about their pasts and inner journeys, she was amazed at the feeling of trust growing in front of her eyes. D&I is not always about the academic studies and statistics. “Sometimes it’s as simple as a little bit of vulnerability and feeling seen,” she told me afterwards.

Soundtrack is not what folks might have in mind when they think of “D&I.” But sometimes it’s this type of “pre-work” that eventually allows teams to get to the really hard-hitting stuff, like racial bias training. In general, we could all use more spaces for people to talk with each other on a human level.

And you’ll know this approach is working when people are pleasantly surprised at how much they’re sharing about themselves with their coworkers. And if there are a few tears. That’s a good thing.